Mark Johnson manages the work of our mechanics and all the legal issues that take place when owners claim their vehicles after the latter are delivered to our parking place. Mark has always been interested in cars, but his parents persuaded him to become a manager. Mark was born in Chicago to a family of a businessman and hotel receptionist, and ever since he finished school in 1995, he has been spending a lot of time with his uncle who worked as a car mechanic in a local servicing deport. After completing a Master of Arts and Management program at the University of Chicago, Mark began to apply his knowledge in both fields.

After getting his first experience as a manger in an advertisement company in 2004, Mark decided to pursue a career of manager in a business connected with the main interest of his life – vehicles. During next 5 years he was employed as a consultant and later as a head sales manager in 3 different companies selling cars, trucks and other vehicles. “I liked who I was at that period of time, but now I realize that my decision to join Auto Towing in 2011 was dictated by my desire to improve myself”, says Mark. Since that time he has been applying his knowledge in management to make our company successful. 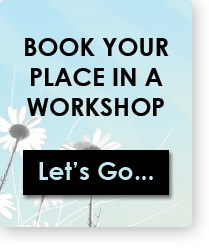